Relax and unwind in this unique location in a beautiful Provencal countryside. From your chair, the heated pool or from the pétanque, enjoy the most beautiful scenery in complete privacy. Near and above the twelfth century village Montaulieu, you will find this restored "Mas Provençale" from the 18th century. It is an excellent oriented hillside surrounded by nature and beautiful apricot groves, which contribute to the reputation of this area. By using the original and ancient techniques, the owners succeeded in creating a harmonious result that merges with the environment and natural materials. The restoration they has been done with respect the simplicity of the past which results in a fantastic holiday house. Do you want to look out and not stay in the house (under the most beautiful starry)? You can enjoy of a nice dinner, there are numerous excursions and restaurants nearby. Such as the towns of Vaison la Romaine and Nyons with their lovely Provencal markets, shops, restaurants, history and vineyards.

THE BARONNIES Country of light, wide open spaces, of solitude and scents, lavender blue afternoons, mountainous and almost always under a pure sky, it’s a secret country, far from the main highways, ideal for resting. Within the Baronnies, there are enough architectural and gastronomic treasures, enough hiking and biking trails, enough rocking climbing trails and white water rivers for your greatest pleasure. MONTAULIEU The village of Montaulieu dates from the 12th century. Montolio 1222. x Montolivo 1284 (Mount of Olives). The name “Montaulieu” comes from the olive trees that flourish on the slopes and in the valley of this “Montis Olivis”. From the 1930s onwards the valley was gradually emptied of its inhabitants; after the ravages of the First World War came the exodus to the Rhone valley as people aspired to better-paid work and an easier life. In the 1960s and 70s, the village of Montaulieu was practically abandoned. Nowadays, though little looks different from the valley below, this village perched on its hillside has seen almost every house restored in the last thirty years. In the past the valley supported quantities of goats and sheep; it was a lot less wooded then than it is today. The cultivated land was terraced. Frost killed nearly all the olive trees in the winter of 1954. Olives are the Nyons area’s main crop in; apricots and plums have arrived only recently. There is a very fine view of the Monts d’Angèle and the Lance. . The track to the col de la Vote leads by way of Benivay-Ollon to the Ouvèze valley, and the track to the col des Lantons goes on towards the Val d’Ennuye by way of Rochebrune. LE SERRE DES GRANGES The ancient hamlet of Serre des Granges, home to 3 farming and farm labourer families dates from the 16th century. Originally 3 buildings in the shape of a “U”, the internal courtyard provided shelter from the two prevailing winds. The animals lived in what is now the ground floor. Two other buildings (see below the swimming pool) housed the rest of the flock. The farmers and their families lived on the upper floor in adjoining houses overlooking the courtyard. They mainly grew lavender, tended vineyards and, above all, cultivated olives. Their garden was where the swimming pool is today. Damaged in a fire, the hamlet of Serre des Granges was abandoned at the end of the 19th century. By the time we decided to restore Serre des Granges, the roof and arches had partially collapsed and only a single large stone wall and a baker’s oven remained. This unbelievable place surrounded by apricot trees in the depths of the countryside captivated us with its views (to the north, the Montagne d’Angèle; to the south, the Col de la Vote) and its peacefulness. We restored the stone house and the baker’s oven in keeping with the tradition of the Provence: stone walls, Provençal ceilings, lime-washed walls, coloured concrete floor (like a rammed earth floor), old doors and old tiles. On the second floor, an immense volume draws, a large room separated from a gaming room by a « wall of confidentiality ». In the house, photographs bear witness to the state of the ruin in 1995 and to the different stages of the restoration. TRIPS / VISITS / RESTAURANTS YOUR IMMEDIATE ENVIRONMENT: - Whether on foot, by bike or by car, the trails that climb both sides of the valley of Montaulieu take you to an ancient equestrian centre, to Lantons pass, to Col de la Vote, to Rochebrune (charming small village overlooking the amphitheatre of Sainte Jalles). - The center of Montaulieu, village gives you a splendid view of the Montagne d’Angèle. POINTS OF INTEREST: - Mont Ventoux - Medieval villages: Montaulieu, Ste Jalles, St May, Rochebrune… - Provencal market of Nyons, every Tuesday morning - Le Rocher de Caire (Rock of Cairo) at Saint May: Vultures can be seen up close. (in the early hours of the morning) - Dentelle de Montmirail mountains - Côte du Rhone wine route - Lavender oil mill (Nyons, Ste Jalles..) - The Castle of Grignan (reserved for guided tours) LOCAL ACTIVITIES: - Racing bike rentals and all terrain bicycles at Aubres - Racing bike rentals at Malaucène, to climb Mont Ventoux - Horseback riding at Condorcet (adults) - Rock climbing at Buis les Baronnies - Acrobranche (swinging from tree to tree) at Nyons – lovely route - Paragliding at Ste Jalles and at Rémuzat - Tennis at Aubres and Nyons THE PLEASURE OF GOOD THINGS: - Organic bread, goat’s cheese and organic vegetables: Epi bread (at the parking lot to the left between Les Pilles/Condorcet and Curnier) - Fruits and vegetables directly from the producer (many small local markets) - Provençal market of Nyons, every Tuesday morning and every Sunday morning - Wine cooperative of Baronnies and Côtes du Rhone (fine wines, Nyons olives, lavender) (between Les Pilles/Condorcet and Curnier or at Nyons) A DOCUMENT including PRESENTATION, ADVICE and RULES OF PROCEDURE will be sent to you to prepare for your trip. 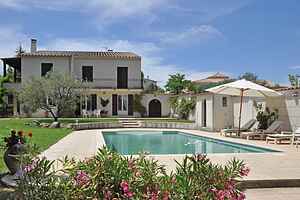 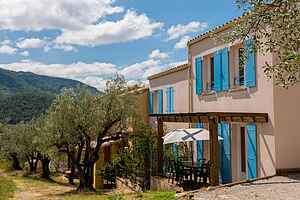 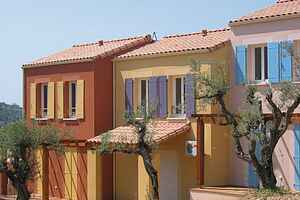 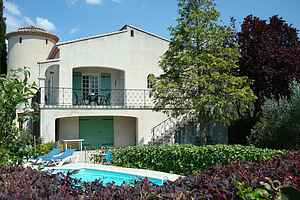 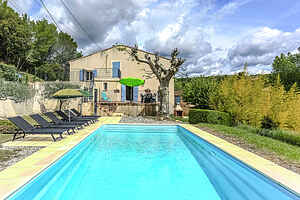